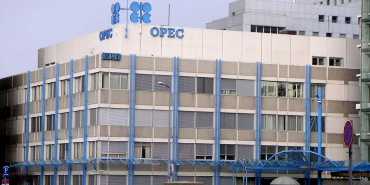 OPEC, short for the Organization of Petroleum Exporting Countries, is a cartel comprising 12 countries that produce oil, and it controls nearly 80% of the oil market in the world. Given that the production of oil is majorly from these countries, they also wield power to alter the prices of crude oil in their favor.

Before we discuss further how OPEC plays a crucial role in the oil market, let us first know more about the organization itself.

With control over 78% of the oil exports in the world, they hold power to decide on the production levels. In terms of production, these countries contribute to above 40% of the global oil production, thus making them all-powerful. They can either lower or increase the level of production, thereby manipulating the price of crude oil at a barrel level.

The reason for the formation of the organization was to keep a tab on the oil price. There was the risk of depletion of oil reserves if the prices are lowered by countries to compete against each other on the world market. The organization keeps control over the oil price to make sure that there is enough oil to last for the many years to come and for our sustenance.

In the year 2016, OPEC+ was formed, which constituted the existing OPEC countries and other top-ranked oil-exporting nations. Together, the entire cartel has control over 90% of the oil reserves in the world, which has given them even better control. And yet, when the individual countries in the cartel fail to meet the fixed goals or do not abide by the decided levels in production, then the influence of this cartel goes down.

How does OPEC work?

OPEC countries decide on oil production, which has a direct impact on crude oil prices and availability in the market. If the countries in the OPEC+ cartel is not happy with the oil prices, they can cut down on the supply, which will increase the price of oil. Of course, no country would want to cut down on their revenue and would want the prices to rise as they continue to increase supply.

They also sometimes decide to increase oil production to meet up with deficiency from any of the other member nations. And yet again, when the biggest oil exporters like Russia or Saudi Arabia increase their production, they also increase revenues, which is not received well with other nations.

With countries focusing on their own profitability, we are forced to wonder whether OPEC indeed wields power over the oil prices. While the OPEC+ countries have their own power in altering the oil prices, it would come into confusion when other countries outside the cartel come up with increased oil production. Furthermore, there are often times when two of the largest oil exporters do not agree upon the cartels decision and produce oil than agreed upon. In such cases where the demand and supply are not in proportion with each other, the market has an impact on the oil prices inevitably.

When the agenda of the individual countries do not match with that of the cartel, then the market forces take matters into their control to decide on the crude oil prices.

There are three factors that make OPEC+ the most influential though,

While the grip of OPEC on the oil market seems like declining, the cartel is still among the largest exporters of oil in the world, even when the US was the largest oil-producing country. While they may not wield a similar influence as before on oil prices, they can still considerably impact the oil prices across the world through their decisions.