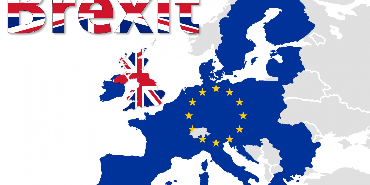 Brexit and its impact on other countries

It is going to be almost a year since Britain decided to leave the European Union (EU) and the European Atomic Energy Community. Britain’s Exit, coined as Brexit, was open to many discussions across the global forums. It was expected to leave an impact on various platforms, including politics, trade, economy, and more. The effect of Brexit continues to reverberate across sectors, and here we will look at what it actually means for other nations.

Before we delve further into the impact of Brexit, let us try to understand what Brexit actually is.

Brexit is, as mentioned before, a portmanteau of words Britain and Exit, which actually refers to the country moving out of the European Union. The deal refers to the changes it will bring forth in migration, trade, and security between the other countries of the bloc and Britain. While the initial talks on leaving the bloc started nearly half a century back, the actual legislation was passed only in 2020 under the guidance of the British Prime Minister, Mr. Boris Johnson.

The decision has been made, and more than 50% of the voters have agreed upon it. And yet, the implications of what this could bring for the country and neighboring nations are still not completely envisaged. It is still under discussion on the way forward across different sectors, including the trading regulations, security concerns, governmental rules to follow, and so on.

Being one of the largest of the members in the union, the exit of Britain will definitely leave a huge impact on the political, social, and economic spheres for the country itself and for the world. According to the research and studies conducted by experts in the field, quite a few countries other than Britain will face challenges on their political front with Brexit. The deal is expected to bring forth fresh challenges and a complete makeover in the policies of the European Union.

While the EU and UK have been working on the agreements for the exit, the deal is yet to be finalized, and they are still discussing differences that need to be resolved.

It is true that Brexit is going to bring in more adjustments and compromises for the common people. There will be more regulations, delays, and additional paperwork in places where it did not exist earlier. The country will have to build completely new infrastructure across sectors like security, trading, etc. It remains to be seen how the new deal between EU and UK shapes up and how the local government mitigates the challenges rising from it.