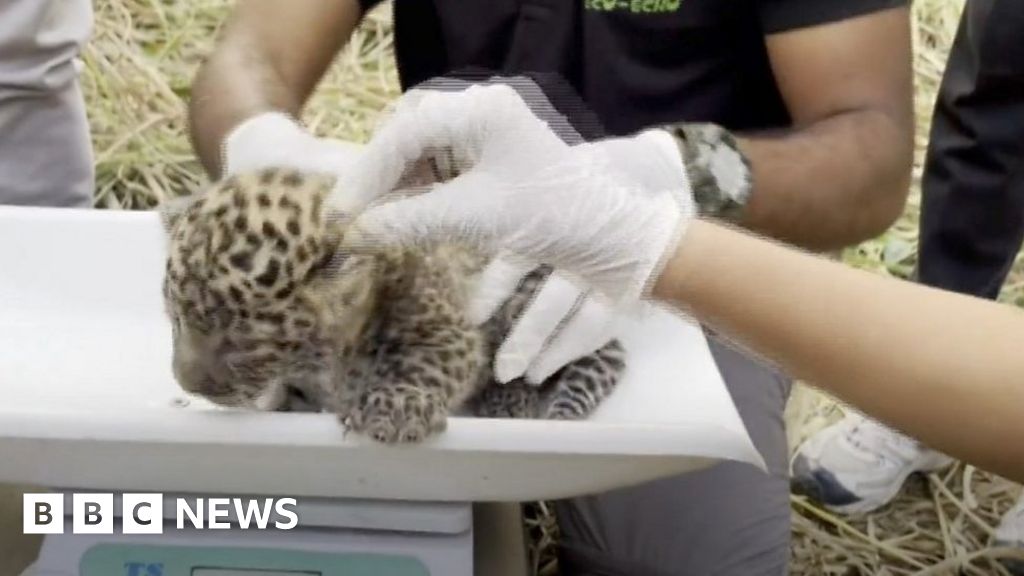 Villagers in India found three leopard cubs in a field in Pathardi village in Nashik district in the western state of Maharashtra.

The area was cordoned off to keep the cubs safe, a forest department officer told news agency ANI.

Later, the mother came and took her cubs away.

India has more than 12,500 leopards. With their habitat shrinking, they often stray into villages near forests, sometimes leading to man-animal conflict.