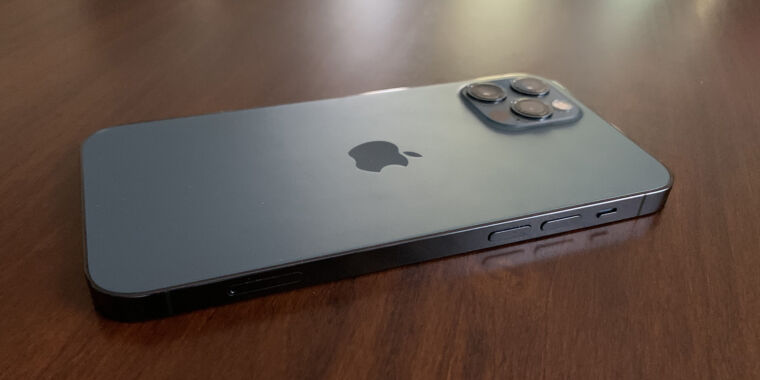 The Brazilian government has suspended the sales of iPhones without chargers, it announced today. Apple is also facing a BRL$12,275,500 fine (about $2.3 million) from Brazil's Ministry of Justice and Public Security (MJSP). This is on top of a reported $2 million fine Apple incurred in 2021 after announcing its first smartphone to ship without a power adapter in the box, the iPhone 12 series. Apple can appeal Brazil's decision.

In 2021, the Brazilian state of São Paulo's consumer protection agency, Procon-SP, fined Apple $2 million over the iPhone 12. It said Apple sold what the country considers to be an incomplete product. Since then, Apple hasn't worked to "minimize the damage and continues to sell cell phones without chargers," according to a Google translation of the announcement in Portuguese.

Samsung faced similar consequences from the Brazilian government but reportedly decided to provide free chargers to customers in Brazil who bought its new smartphones that had been shipped without a power adapter.

As of writing, the iPhone 12 and later still appear to be available for purchase on Apple's Brazil website.

"If it persists in the infractions, Apple may be considered a repeat offender, with the application of new, even more severe punishments," the MJSP said in its announcement.

When Apple announced in 2020 that it was ridding its new iPhone and EarPod headphones of power adapters, it cited interest in "further reducing carbon emissions and avoiding the mining and use of precious materials, which enables smaller and lighter packaging and allows for 70 percent more boxes to be shipped on a pallet."

"Taken altogether, these changes will cut over 2 million metric tons of carbon emissions annually, equivalent to removing nearly 450,000 cars from the road per year," Apple claimed at the time.

In its iPhone 12 Product Environmental Report from 2020 [PDF], Apple claimed that, based on "estimated production volumes," it expected that by getting rid of some included accessories with the iPhone 12 series, it would avoid "mining more than 600,000 metric tons [of] copper, zinc, and tin ore."

However, the Brazilian government refutes that, saying that Apple only shifted the burden to the consumer.

It also argued that if Apple were so concerned about the environment, there's more it could do, like have its iPhones support USB-C charging (a move Apple is rumored to be considering). In June, Anatel announced a proposal for making USB-C mandatory for phones sold in Brazil. The European Union has already passed legislation requiring USB-C charging on smartphones and other electronics come 2024. Meanwhile, some politicians are pushing for a similar USB-C strategy in the US.

"Therefore, it is understood that the price is mainly determined by commercial strategy instead of corresponding to production costs," the announcement said, as per Google's translation.

Apple is expected to announce an iPhone 14 sold without a charger tomorrow during its Far Out event.

Ars Technica reached out to Apple for comment and will update this article if we hear back.